Newspaper cuttings and posters relating to the Zanies. 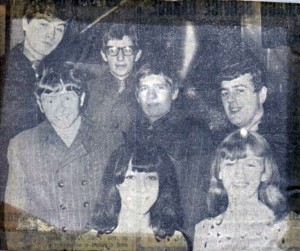 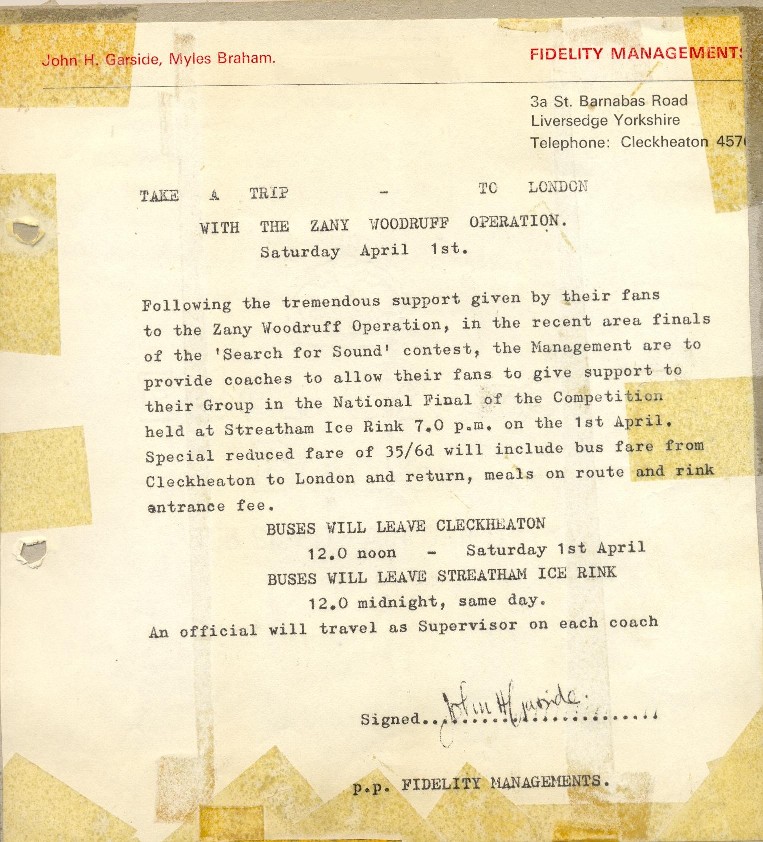 Ticket to Ride….well at least on the official ZWO coach it was. Note that an official travelled with each coach to supervise that everybody had enough beer to drink. 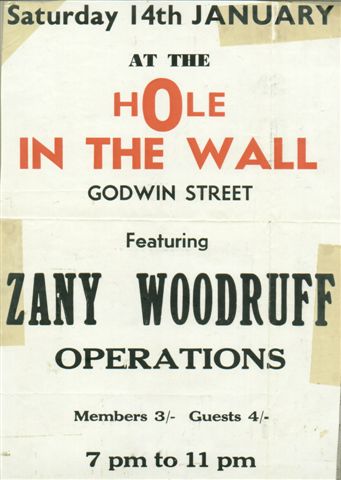 Apparently, we were also known as the Zany Woodruff Operations at the Hole In The Wall venue. Perhaps they were expecting more than one band to turn up. Four bob was a lot to pay in those days – you could buy a second hand Morris Minor for ten and six (well…. maybe not). 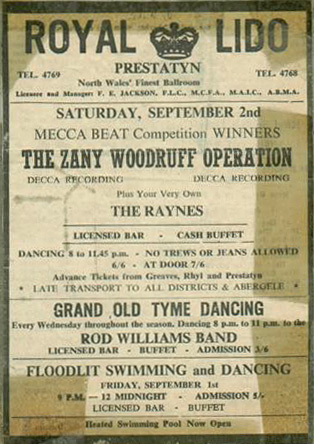 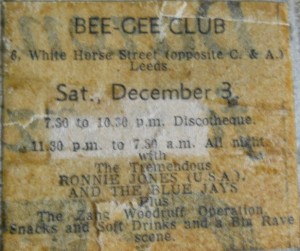 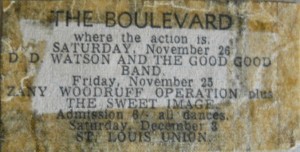 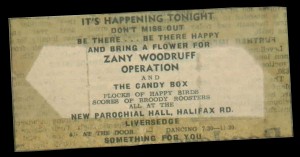 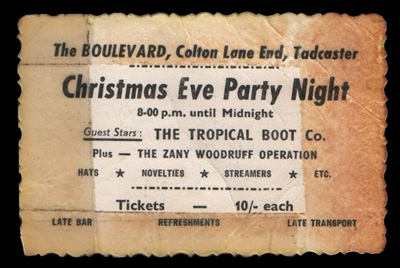 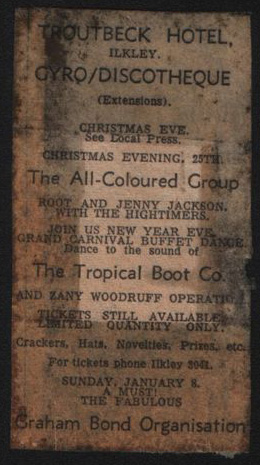 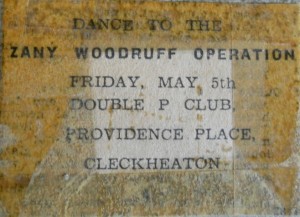 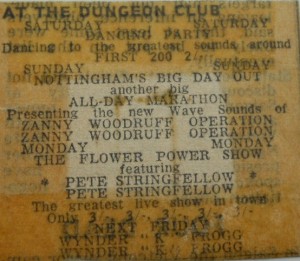 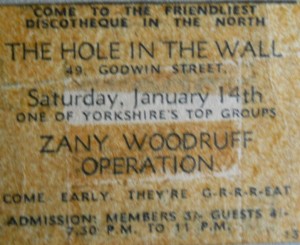 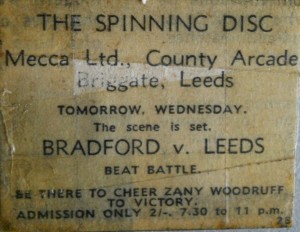 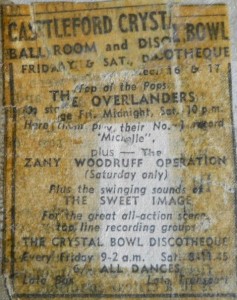