In the beginning there was Gaz, Kyber, The Gnome, and The Sewell,  i.e. Martin, Graham, Kenny and Pete. We called ourselves the Tonebenders after a guitar fuzz pedal which was popular at the time. (for the sound listen to ‘Keep on Running’).
In those days we were very enthusiastic and we formed a bond that lasts to this day, whatever quarrels and fallouts might have happened along the way. (The 2006 reunion showed that). As a band we were driven by the blues greats and to a lesser extent some of the jazz artists of the time.

Our first roadie was Colin Bould, a really nice guy. He roadied for the Icebergs and when I joined with the rest of the the guys he came with me. He and his brother had a plastering business so the van we used was really dirty. Although Colin was a nice guy, he did have weakness for the amber liquid, which is why we usually ended up with Gaz driving the van back home and Colin laid in the back ‘brahms and list’. Colin is a true gent and we were indebted to him in those days.

Around this time a guy called Graham Layden teamed up with us. Graham was at Batley art college with Kyber and used to come along and play harmonica and sing blues with us. The sessions at the White Hart in Batley were something else. Graham eventually went down to ‘the smoke’ and got a job with DJM records as a producer.

I also introduced two friends of mine to the band; Slim (David Leadbeater) and Tony Ellis, They were at Dewsbury college with me and both these guys become roadies. Tony was very good at public relations, on gigs he used to get us no end of perks, – we used to say Tony could bullshit for England. Both guys were really good for a laugh and fitted in well with the band and we owe them gratitude for all the work they did on our behalf. They made life so much easier for us and we had great fun before we had to become more professional and take things more seriously. 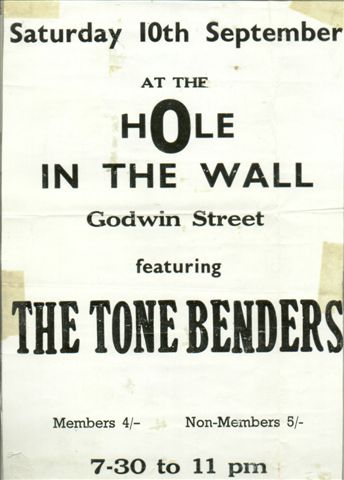 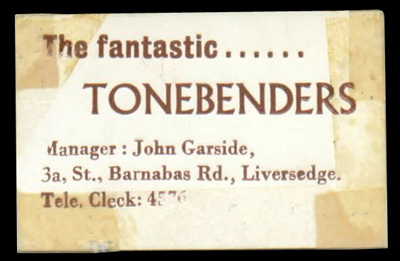 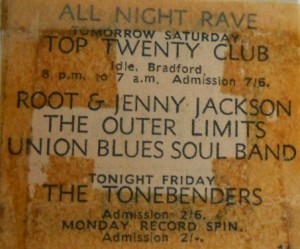 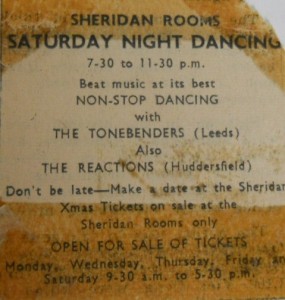