” Irregular music, punctuated by violent jerks and shrieks, portrays the antics of a grotesque gnome. “ 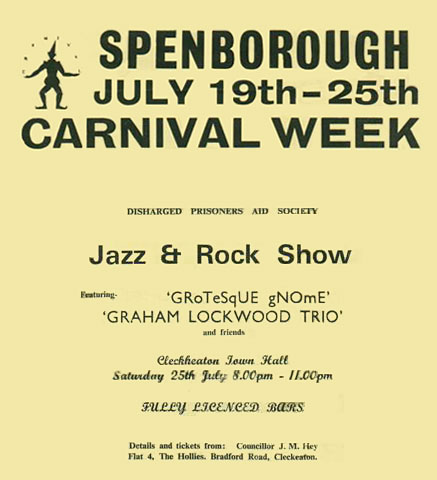 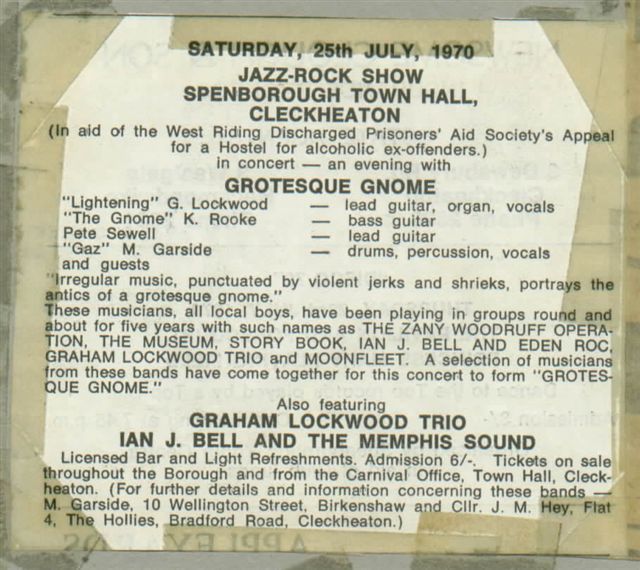 ” what about the unclubbable non-swimming types? “ 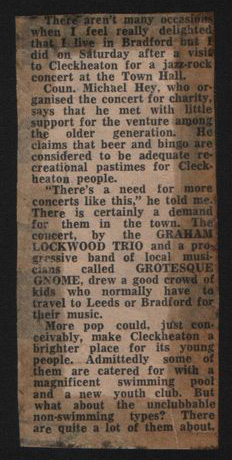 Reads:
There aren’t many occasions when I feel really delighted that I live in Bradford but I did on Saturday after a visit to Cleckheaton for a jazz-rock concert at the Town Hall.
Coun. Michael Hey, who organised the concert for charity, says that he met with little support for the venture among the older generation. He claims that beer and bingo are considered to be adequate recreational pastimes for Cleckheaton people.
“There’s a need for more concerts like this,” he told me. There is certainly a demand for them in the town. The concert, by the GRAHAM LOCKWOOD TRIO and a progressive band of local musicians called GROTESQUE GNOME, drew a good crowd of kids who normally have to travel to Leeds or Bradford for their music.
More pop could, just conceivably, make Cleckheaton a brighter place for its young people. Admittedly some of them are catered for with a magnificent swimming pool and a new youth club. But what about the unclubbable non-swimming types? There are quite a lot of them about.
Song Set 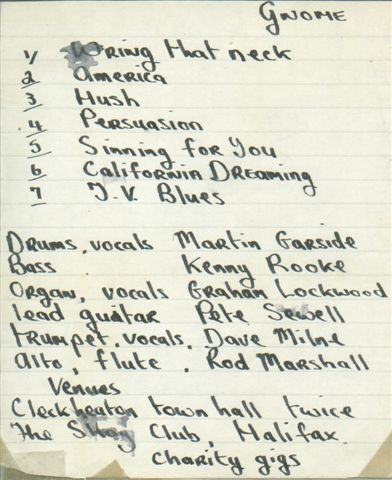