Crawling Up A Hill – REVIEWS

‘Crawling Up A Hill’ will be a number familiar to most in its John Mayall live recording from ’64. Here, the track is performed in a previously unreleased version by the lesser known Zany Woodruff Operation. Although Zany doesn’t quite manage the same kind of authentic bite as evidenced on Mayall’s recording from Klooks Kleek, their recording is hugely spirited. It’s played in a very similar manner but the addition of a little more pace, a particularly frivolous sax and the kind of vocal that would be a perfect fit for the slightly earlier rhythm and blues boom, it more than holds its own against the bigger artists’ work within this anthology. The energy and tightness within the performance certainly affords it the title of “unearthed treasure”.

VARIOUS ARTISTS – Crawling Up A Hill: A Journey Through The British Blues Boom 1966-71

While there have been many British blues anthologies, the vast majority tend to be single-label projects rather than scene-wide curatorial efforts. This three-disc, 56-track box is the first attempt at a comprehensive overview. On disc one, the Bluesbreakers are represented by Willie Dixon’s and Otis Rush’s steamy, raw, “All Your Love.” The previously unissued title track is offered by with sass and verve by then-new and always unheralded Zany Woodruff Organization (who later hosted guitarist Allan Holdsworth).

I first met Neil around 1965 when I was rehearsing with my first group The Icebergs, upstairs in the Commercial pub in Cleckheaton. He’d heard us playing and came up to listen, giving us tips and advice.
Before playing with Heinz and The Wild Boys Neil played with Jamie Lee and The Atlantics, a local group from the Spen Valley which featured on lead guitar Bill Clark* who like Neil was also from Heckmondwyke. Bill had a great career in music playing with Sammy King and George Hamilton the 4th and then running his own very successful recording studios in Heckmondwyke called Box studios.Jump forward to the 70s and I played in two bands with Neil, The Green Tambourine being one and the other was in a house band in a pub residency in Leeds.
Neil was a great drummer, still a good friend and more importantly a really nice guy.

Please visit Neil Newsome’s Music Memorabilia page. I hope you all enjoy his story as much as I did. 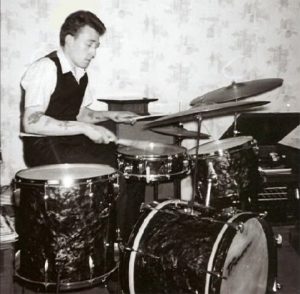 Martin Kershaw played on Grahams Layden‘s early recordings, I knew him from the Del Rio 4 when drummer Mally Crossland played with him, I used to see their van outside Mally’s house and always talked to them, Mally lived next door but one, I was about 14 then, big heroes to me then. When I used to go down to London to see Graham from 69 onwards I met Martin again, he’s a really nice unassuming guy, Martin has a book out called Strange but True it’s really good, all about his career as a musician. He played on over 40 number ones and when Andy Williams came over he was his guitarist for European tours. His dad Eric Kershaw became the top man at Leeds music colleague, great jazz and banjo etc player who wrote a fantastic chord book. 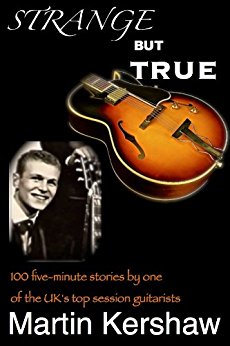 This is the guestbook / general comments area.

Please leave your comments in the reply box at the bottom of this page. Thanks

(note: your email address will not be shown)

Please support this website. Any amount would really help to keep this site going.