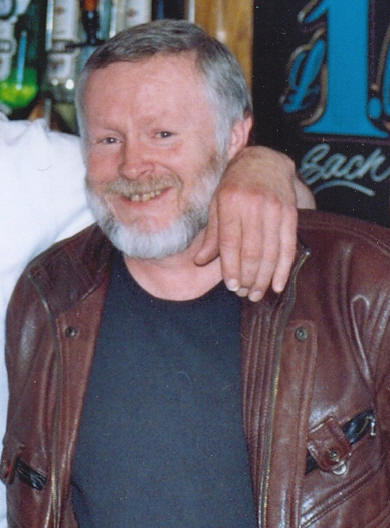 After ZWO…I spent years drifting from one band to another, at first locally, and then further afield.
In 1971 I was working for Butlin’s at Bognor Regis, backing a husband and wife act, when an organist from one of the other bars on the camp approached me to play the winter on a liner, one thing led to another and I never really came home until the 1980s.

After the ships I got a residency at the infamous Morecambe Bowl, then in Devon, then Manchester, then Liverpool (at the Grafton Rooms) then Birmingham, working just around the corner from Graham.  I lived in Spain for a time… (when this job came in I thought ‘SPIFFIN’… but they didn’t tell me it was in an industrial city in northern Spain, and it was just like being in Leeds except that nobody could understand me.)

On getting back to England I got a call from my old bandleader, which was really good of him, as I’d been supposed to play for him in Manchester the previous New Year’s Eve and all he’d got was a postcard from Spain saying I wouldn’t be able to make it.  He gave me a job for the summer at Great Yarmouth for Ladbrokes, and from there I went to play in the house band at Caesar’s Palace on the north side of London…a kind of Batley Variety Club with gangsters! This should have been ‘spiffing’… I was earning really good money on a regular basis, working about 20 hours a week, backing all the top acts from the telly… and I hated it!  I stuck it for a year and then headed back to Yarmouth.

During this time, all the North Sea Oil money and Americans were there, and the town was wide open.  I used to play until about 2am., and then drink at another place until about 7 am., and then stagger home as normal people were going to work. During the day I arranged a couple of new songs each week for the band and that was it.  I even met a girl and we set up house together…aah.  Yes…it was too good to be true. The oil money left with the Americans and the clubs started to lay off the musicians.  My relationship with Julie came under pressure when the money began to run out, and so when I got the chance to go to Holland and be a blues guitar legend I went.

The career as a blues guitar legend didn’t exactly proceed according to plan… in fact I only got to do two (unpaid) bookings at an (unlicensed) club in the red light district in Amsterdam and then I ended up in Rotterdam pulling chimneys down to get my fare home.  It took me nearly 10 months and it took a lot of the glamour out of showbiz.

After a disastrous summer back in Yarmouth, at the end of which I was playing country and western music in a pub and sleeping in my car, I came home.

On getting back to the ‘shire I set up giving music lessons from home.  Business picked straight up and I stuck at this until about 8 years ago when I got a day job and carried on with the lessons in my spare time. The stability of living in one place opened up all sorts of opportunities that travelling had not allowed.  I always regretted being expelled for playing truant to play blues with Graham, Gaz, Kenny and Graham Layden at the White Hart on a school-day, so I took the opportunity to study again, and I got a 2:1 honours degree in 1994 and a post-graduate certificate after that at Huddersfield university.

Although I aim now for a peaceful life, and try my best to age gracefully, people sometimes tell me that I can be just as disgraceful as I ever was, and I can still get into scrapes at 54 that would do justice to a juvenile delinquent…but I’m trying. 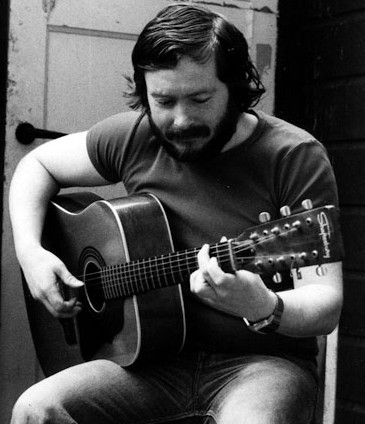 Photo taken of Pete Sewell in the 70’s – location Rotterdam. 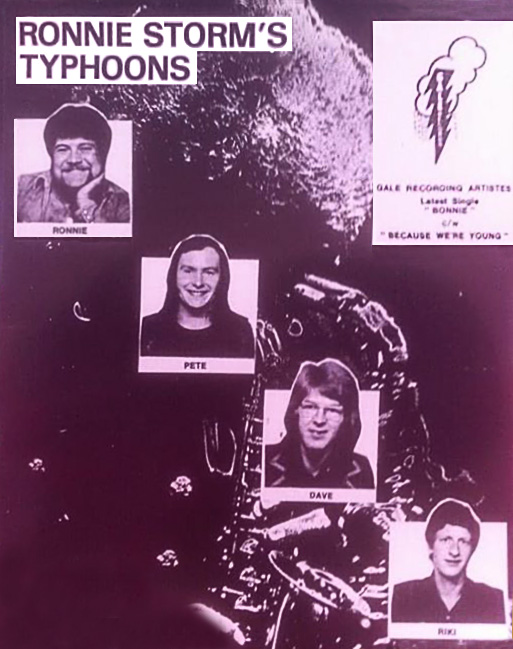 “I worked with Ronnie Storm’s band as well, although they were called the Typhoons when I worked with them…Ronnie could always get work…six or seven nights a week…doubling! He also made the best stew in the western hemisphere. He paid a flat wage per gig, but it was worth an extra tenner a night for the food he used to take on tour. He seemed to have relations all over the country who would put us up as well.”