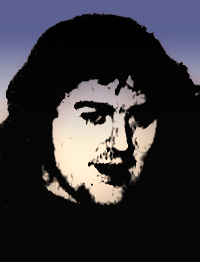 After TZWO and Eden Roc I pottered about Yorkshire grabbing whatever work was available. Gigs here and there with John Verity, (blues band), a chap from Wakefield called Bill Nelson, a short tour with Paul and Barry Ryan, and a residency in Harrogate with Teddy Platt (and a Bass player from Huddersfield whose name escapes me). Lots of other bits and bobs too many to mention.

I then ended up at Butlitz in Skegness for 26 weeks. I was put with a gay bible basher keyboard player in a cabaret lounge, that lasted three hours, at least i tried. I was then partnered with a 65 yr old keyboard player from Leeds, his name was Johnny Rocket, he was the M.D. at the City Varieties, a fine musician a great man, and he taught me more about music in 6 months than could ever be possible. He’s passed on now but we kept in touch for years.

I then spent 8 years in Blackpool at various clubs and cabaret bars and started to visit the N.E. during the winter. I joined a London band called Long Dog, then ended moving up to the N.E. Long Dog became Hollywood Gold and flourished, a couple of T.V.shows and good tours, then the split.
Then Lee, Marie and Feelings the top club band at the time, Chippy a la Carte a top three piece with an amazing girl front singer, Pass the Buck four piece mixture of previous bands. Last but not least The Extras, a harmony rock band, Journey, Eagles style massive P.A gigantic lighting rig roadies sound and lighting techs. NO Money!

Then in 1992 I moved with my wife Chris and Lee and Sean to Portugal. Converted two shops into a Bar/Eatery, put on lots of live music and taught The Algarve how to Rock and Roll for 9 years. Grandchild no1 arrived – back to U.K. This time near Scarboro. Took over a pub in a sleepy village and put on good home made grub, live music and taught Sherburn how to rock and roll.
After 4 years the pull of the family in the N.E. was too much so we are now back there. 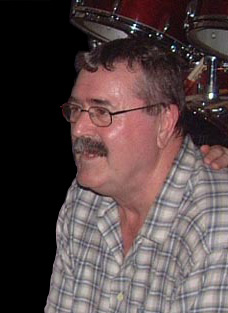