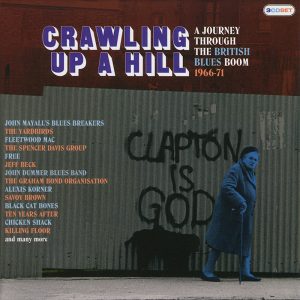 Copies of the album can be ordered from Grapefruit Records 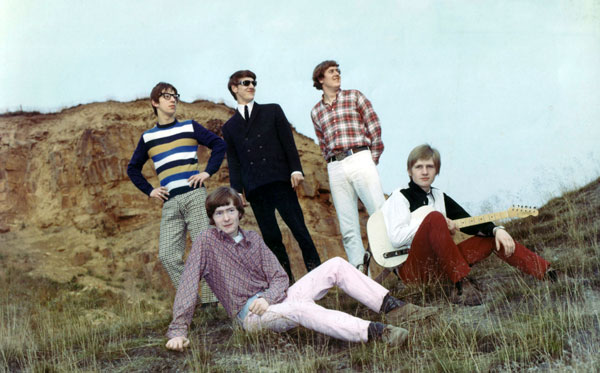 Formed in 1966, based in Cleckheaton, Spen Valley, in the old West Riding of Yorkshire

Line-up:
Although the line-up changed slightly over the lifespan of the group, the rhythm section essentially remained the same.

The group were also managed by Martins’ eldest brother, John.
Zany Woodruff were also augmented around 1967 with the addition of five other members – Andrea Hanson (aka ‘Fandango’) on female vocals, Russell ‘Junior’ Walker on tenor sax and Tony Light on trumpet. The outfit was rounded out with two ‘go-go’ dancers – Jill Stuart & Maureen Fordham.

History:
The ‘Woodruffs evolved from a lunatic group called ‘Satan & The Disciples’ of which Garside, Lockwood & Sewell were members.
– Read more about the history –

Notables:
The band had a loyal following around the Spen Valley with the groups’ headquarters at two venues, The Continental Coffee Bar and later at The Royal Hotel (when we became old enough to quaff the amber fluid!), both in Cleckheaton.  As Bradford area finalists in the April 1967 national group competition ‘Search For Sound’ held in London, we came in second place to the local band ‘Mud’. Our fan club organisers, Anita Bell, Christine Boynton & Elizabeth Brook did a great job of organising a couple of coaches to the Streatham Ice Rink to help us along. We also recorded some covers and originals at Matt Mathias small studio at the back of his radio repair shop in Huddersfield. Mathias later went on to produce some great amps known to us Northerners as the ‘Matamp’ brand, but later were marketed down South as ‘Orange’ amps.

Demise:
The Zany Woodruff Operation tried to evolve into a psychedelic style band with Garside & Lockwood reforming the group under the name of ‘Museum’ with guitarist Alan Holdsworth (yes, THE Alan Holdsworth) and bassist Alan Rogers aka ‘MacThrirt’. However the outfit became relatively short lived, deemed too progressive for the soul dominated Northern scene.

Where are they now?

Around 1990 i was drinking in the Commercial Hotel in Cleckheaton, when nature called i went to  the toilet, i began to read the graffiti on the wall, it was then i saw the immortal lines, Zany Woodruff was great, then, opon closer inspection i saw the word ‘was’ replaced by the words, still are, that just about says it all, now that’s not a bad epitaph for a band that only ran from June 1966 to October 1967.